India is a country producing a greater number of engineers than any other country in the world. Nearly 3 million graduates in various streams come out of the Indian colleges every year. Thousands of private companies are waiting with vigor to lure aspiring young minds with great salaries and numerous other facilities. Only a small percentage of graduate students go-ahead to do post-graduation studies.

Others take up a job in an MNC, call center, or a software company. Government jobs, which were considered a great prestige in the 80s and 90s, have nearly lost their charm amongst the urban youngsters. Youngsters coming from rural areas especially girls, still consider government jobs as a better option compared to the private sector jobs.

There are various reasons for this.

1. People living in rural areas have little exposure to the latest developments and IT boom in the country.

2. They don’t look for very high salaries. All they want is a secure job that will retain them till their retirement.

‘A’ grade officers having over twenty years of experience in the public sector jobs earn the same amount fresher earns in an IT company. Do government jobs not have anything attractive to draw the city youth? They provide a chance to serve the people, run the country, and assure job security to a certain extent.

1. Government jobs give you a chance to work for your country, instead of serving some other country.

3. There are numerous benefits in a government job like easy pension plans, provident fund, LTC, etc.

5. There is enough job security and you don’t have to worry about the sudden pink slips unless you have done something terribly wrong. Because of this, you are able to avail various loans in the banks easily.

6. Central government jobs are a bit hard to land. But they guarantee the posh lifestyle offered in the private sectors with very little work pressure.

Government jobs are a great choice for down to earth youngsters, interested in serving their country, and leading a tension-free life. 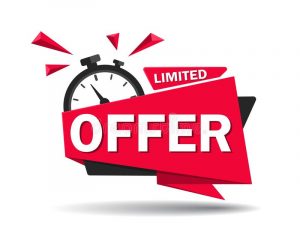